Bay Street Theater presents a one night performance of the one woman show MOTHER (and me) written by and starring Melinda Buckley.

She Ain’t Crazy, She’s My Mother…
A Daughter’s Story of Love, Loss, and Goulash.

A larger-than-life Hungarian 'Mama Rose,' is slowing slipping into dementia as her Broadway baby, Melinda slips into de'middle age. MOTHER (and me) is a story of two women who are losing everything they’ve ever been—in very different ways—as they both lose each other. Who’s it harder for?  The one who can't remember? …Or the one who can't forget?

Melinda has appeared on Broadway and in the National tours of several shows, including: Crazy For You, A Chorus Line, Raggedy Ann and the great honor of working with Bob Fosse in the revival of Sweet Charity. She performed Improv and Sketch material with Gotham City Improv and Chicago City Limits and appeared as a stand up at Caroline’s, the Comic Strip and Gotham Comedy Club. She has written and performed several solo shows and this most recent show, MOTHER (and me) was just featured in FringeNYC 2014 where it won, ‘Best of Fest’ at the C.O.W.

On the other side of the table, Melinda directed Town Hall’s hit musical series, Broadway By The Year, which featured a Tony award winning cast and choreographed Paramour, which starred Len Cariou and premiered at the Old Globe Theatre. For the big screen, she choreographed the musical sequences for Columbia Pictures’, Stuart Little I and II with Geena Davis and Jonathon Lipnicki, the independent film 1999, starring Amanda Peet and Jennifer Garner and assisted Pat Birch on several projects, including Working Girl and several episodes of “Saturday Night Live.” She also assisted Lonny Price as an SDC Fellow in the filming of Company at the NY Philharmonic, which starred Neil Patrick Harris, Patti Lupone, Christina Hendricks, Jon Cryer and Stephen Colbert. Other TV credits include, choreographing an award-winning promo for CBS’ Fall Line up and the daytime drama “One Life to Live.” 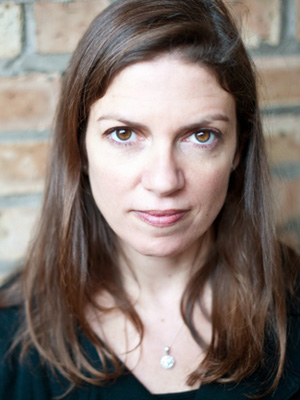 Kimberly Senior is a freelance director and the director of the 2013 Pulitzer Prize-winning and Tony-nominated play Disgraced by Ayad Akhtar. Her New York and regional credits include: Disgraced (Broadway, Lincoln Center Theater 3), The Who and The What (La Jolla Playhouse, Lincoln Center Theater 3), Little Gem (City Theatre), Murder on the Nile, A Few Good Men (Peninsula Players), Mauritius (Theatre Squared, Fayetteville, AR). Her many Chicago credits include Rapture, Blister, Burn (The Goodman) The Diary of Anne Frank, Hedda Gabler, The Letters (Writers Theatre, where she is a Resident Director), 4000 Miles, The Whipping Man (Northlight Theatre), Want, The North Plan (Steppenwolf), Inana, My Name is Asher Lev, All My Sons, Dolly West's Kitchen (TimeLine Theatre, where she is an Associate Artist), Disgraced (American Theater Company), The Great God Pan, After the Revolution, Madagascar, The Overwhelming and The Busy World is Hushed (Next), and Waiting for Lefty (American Blues), among others. Kimberly is adjunct faculty at Columbia College, and is a proud member of SDC.

"The joy and genius of this show is Miss Buckley’s ability to have us on the verge of tears and then make us laugh." -TheFrontRowCenter.com

"A tour-de-force one-woman show... Gorgeous.  A must see!" -NYTheaternow.com

“People are always amazed when... one person can memorize all those lines. It is even more remarkable when that one person writes those many lines and portrays more than one character. And perhaps the biggest challenge of all is to successfully imbue tragedy with comedy. All of this and more is accomplished by Melinda Buckley in Mother." -by Patricia Norris on Playing Around Bay Street is inviting its Patrons and Donors to join them for two enchanted evenings of dinner and drinks on Saturday, July 16, and Thursday, August 18. These VIP events are available at limited capacity, and tickets will sell fast!