February 28: Screening of Voices of Sarafina by Nigel Noble and discussion 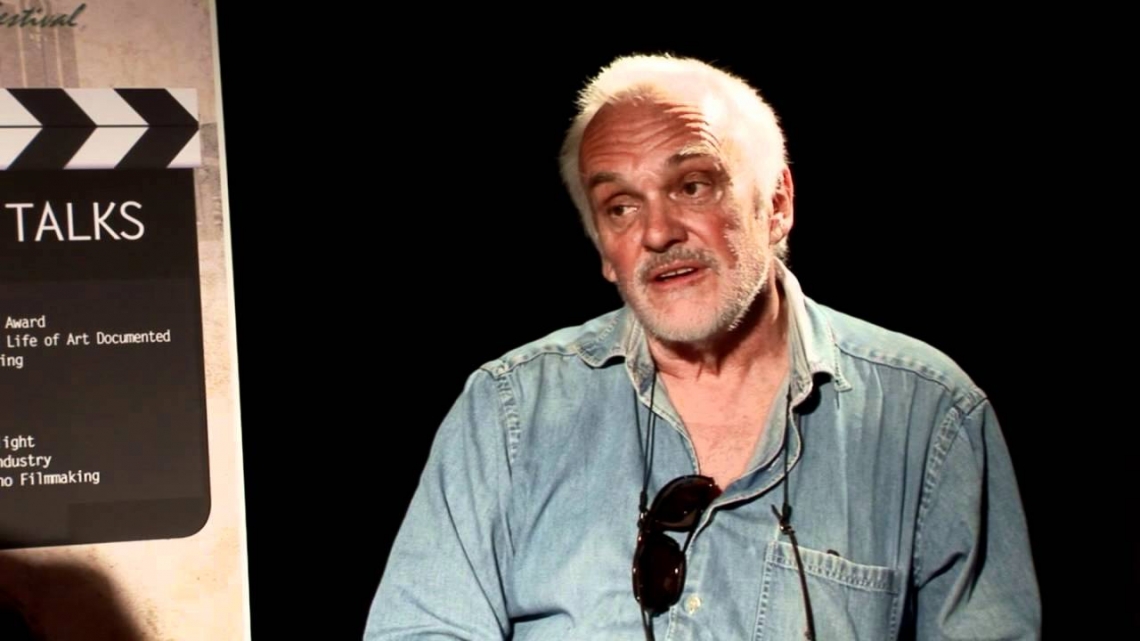 Voices of Sarafina! is a 1988 American documentary film directed by Nigel Noble about the anti-apartheid musical stage play Sarafina! This documentary profiles a troupe of South African teenagers who, under the direction of writer-lyricist Mbongeni Ngema, stage the Broadway play Sarafina! Scenes of the play alternate with interviews with the performers as they tell their own stories of oppression and deprivation suffered during South Africa's apartheid years. The actors' spirits are lifted when they meet the legendary singer and social activist Miriam Makeba, who was once exiled from South Africa.

Nigel Noble is an Academy award-winning producer/director of films and television, whose work is characterized by a sense of compassion and a keen eye for the telling moment. His work in documentaries, television specials and series, music videos, industrial films and television commercials has earned him many awards as both a director and a producer, including an Oscar, a second Oscar nomination, a Christopher award, two Emmy awards, two ACE awards, five CINE Golden Eagles, two NATPE Iris Awards and in 2008 both a jury and an audience award for the same film, and he just recently received the highest award in television, a 2007 George Foster Peabody Award.

Suzy Elmiger, is an accomplished editor who has worked with some of the most revered and respected directors of our time. She will present three different days of films and talkbacks with the filmmakers at Bay Street. She was second editor on two films by the legendary Robert Altman: Short Cuts and Ready to Wear and edited three films for Alan Rudolph including Mrs. Parker and the Vicious Circle and Afterglow, both produced by Altman. Suzy edited the Bruce Willis star-er Breakfast of Champions from the novel of the late, great Kurt Vonnegut.  Suzy has edited three films for Stanley Tucci including his debut Big Night, along with his follow ups Impostors and Joe Gould's Secret. Suzy has worked with James Toback, for whom she cut Harvard Man and When Will I Be Loved, with Dan Algrant on People I Know and on David Duchovny's feature film debut: House of D. Other projects include Milarepa the story of an eleventh century Tibetan Buddhist saint directed by a Bhutanese lama, Choling Rimpoche; Spinning into Butter starring Sarah Jessica Parker and directed by acclaimed theater director Mark Brokow and Accidental Husband directed by Griffin Dunne.  Most recently, Suzy cut a pilot for ABC Disney called See Kate Run directed by Dean Parisot. For seven seasons, Suzy has been asked to serve as an advisor at the prestigious Sundance Director's Lab and is a regular guest lecturer at Tisch School of the Arts.

January 31: Screening of A.K.A. Doc Pomus and discussion with filmmaker Sharyn Felder

Paralyzed with polio as a child, Brooklyn-born Jerome Felder reinvented himself first as a blues singer, renaming himself Doc Pomus, then emerged as a one of the most brilliant songwriters of the early Rock and Roll era, writing “Save the Last Dance for Me,” “This Magic Moment,” “A Teenager in Love,” “Viva Las Vegas,” and dozens of other hits.

A.K.A. DOC POMUS brings to life Doc’s joyous, romantic, heartbreaking, and extraordinarily eventful journey. In his later years, Doc was a mentor to generations of younger songwriters, and a fierce advocate for downtrodden rhythm and blues musicians. He wrote a thousand songs – including some of the most recorded songs in the history of popular music – but his most lasting gift may have been his uniquely generous spirit.  “If the music industry had a heart,” the record producer Jerry Wexler remembered, “it would be Doc Pomus.” Packed with incomparable music and rare archival imagery, A.K.A. Doc Pomus features interviews with Doc’s collaborators and friends, including Dr. John, Ben E. King, Joan Osborne, Shawn Colvin, Dion, Leiber and Stoller, and B.B. King. Passages from Doc’s private journals are read by his close friend, Lou Reed. Doc Pomus’ gripping life story makes for a powerful and lively film that introduces this unique American character to a new, much wider circle of admirers.

Sharyn Felder (Pomus’ daughter), a photographer and first-time filmmaker conceived and produced the film. She is the force behind many projects honoring her father’s life and music, executive producing the tribute album, “Till the Night Is Gone,” for Rhino Records with performances of her father’s songs by Bob Dylan, Brian Wilson, Lou Reed, Dr. John B.B. King, Rosanne Cash and others. She is currently working on a musical based on her dad’s life that is slated for Broadway and other music related documentaries. Sharyn Felder is a long time resident of Springs.

February 7: Screening of films by and discussion with Oscar-Award-Winning filmmaker D.A. Pennebaker

D.A. (Donn Alan) Pennebaker is widely regarded as one of the pioneers of cinema verite filmmaking. In 2013, The Academy of Motion Picture Arts and Sciences recognized D.A. Pennebaker’s body of work with an Oscar for Lifetime Achievement. In the early sixties, Pennebaker and his colleague Richard Leacock developed one of the first fully portable 16mm synchronized camera and sound recording systems which revolutionized filmmaking and helped to create the immediate style of shooting so popular today. Pennebaker is the recipient of numerous filmmaking awards including the IFP’s Gotham Award. Pennebaker made his first film, the short Daybreak Express, in 1953. In 1959, he joined Drew Associates, which produced for Time-Life the highly acclaimed “Living Camera” series in the early 1960s. The filmmakers’ subjects ranged from the Broadway debut of Jane Fonda (Jane), to President Kennedy’s presidential primary run against Hubert Humphrey (Primary), to the desegregation of the University of Alabama (Crisis). In 1967, Pennebaker released the seminal film Don’t Look Back, which followed Bob Dylan’s last acoustic concert tour in England. The film broke box office records and is considered a classic of both documentary and rock filmmaking. The films to be shown during the event are Daybreak Express, Audition at RCA, Company – The Original Cast Album.

This series is presented with assistance from Bay Street's Community Connections Council.

Ticket winners must call the Box Office by noon the day of the performance to claim their seat(s) otherwise the tickets will be released for sale.