Thirty years after the dirty wars waged by the General Pinochet regime on the Chilean people, Atacama follows two strangers, a mother and a father, who search the Atacama Desert for their buried loved ones and discover there are darker truths awaiting them underneath the hard sands. 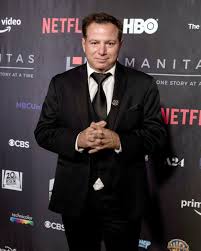 Augusto Amador was born and raised in Silicon Valley and is the son of a music composer, Peruvian father and culinary chef, Austrian mother. His previous incarnations include: numbers runner for a bookie, childhood trauma survivor, coffee house proprietor, car salesman, marble setter, and of course, long suffering waiter. Mr. Amador's background in writing comes as a nationally produced playwright before his transition into screenwriting with an emphasis on character driven, diverse dramas with dark comedy.

Mr. Amador is a recipient of the Disney/NBCUniversal/NHMC TV Writers Fellowship as well  the prestigious Humanitas Prize New Voices Award in television writing. His screenplay Rat Catcher finished on the TOP 50 Nicholl Fellowship Screenplays and his plays have been finalists for the Carlo Annoni International Dramaturgical Prize, the Princess Grace Fellowship, the Terrence McNally Award, BBC International Radio Playwriting Competition, and runner-up for the National Latino Playwriting Award from the Arizona Theater Company. His plays have also been listed on the 50 Playwrights Project of “Best Unproduced Latino Plays”, Howlround’s “101 Plays by The New Americans or on Latinidad”, and he is a five-time semi-finalist for the Eugene O’Neill Conference. His play The Book of Leonidas won Best Play at the Downtown Urban Arts Festival in NYC.