It’s officially Tony Season! The nominees were announced last week with hits like Hadestown, The Ferryman, and To Kill a Mockingbird taking the lead with the most nominations. Bay Street is thrilled to see so many familiar faces taking home nominations this year. Although we won’t know the winners until June 9th, join us in looking back on some of the Bay Street alums up for awards!

David Korins (Best Scenic Design for a Musical - Beetlejuice) was the set designer for our 2017 Mainstage season opener, The Man in the Ceiling! This show had its world premiere on our stage that year and is based on the book by legendary cartoonist and Hamptons resident Jules Feiffer, with music written by Andrew Lippa (You’re a Good Man, Charlie Brown; The Addams Family; Big Fish). 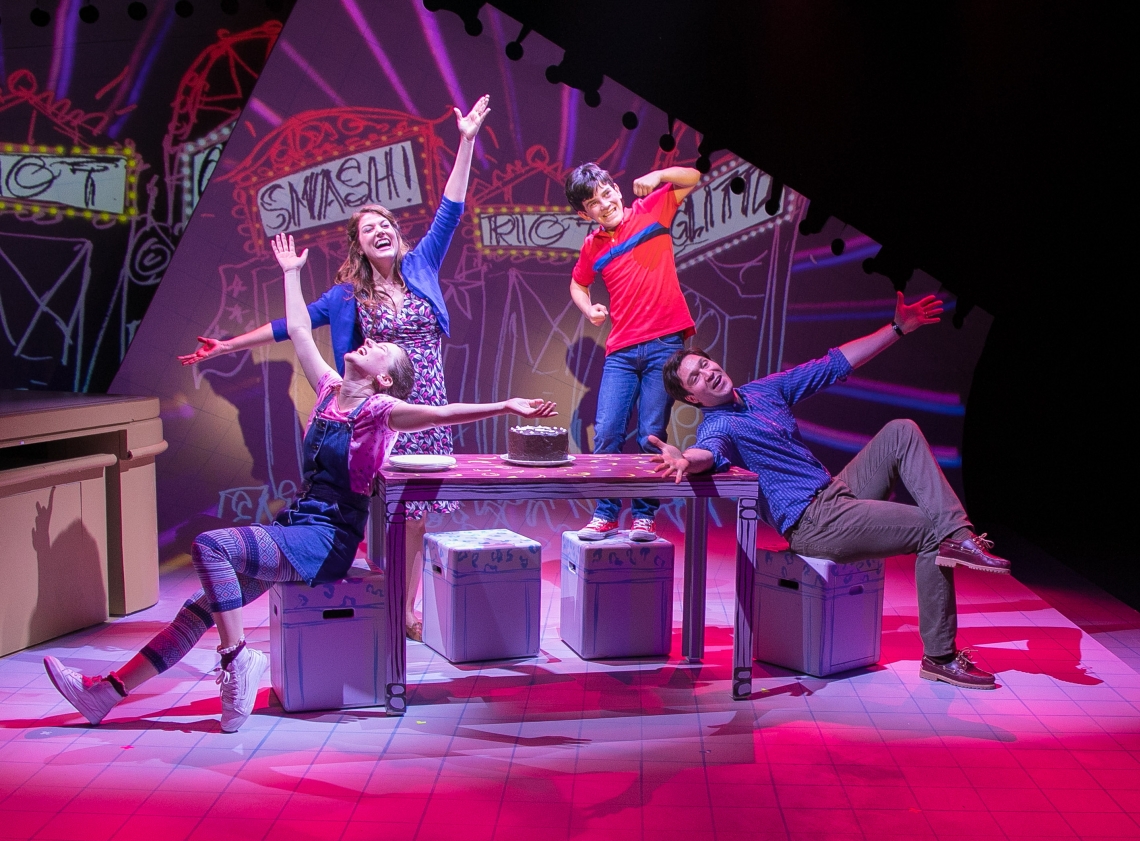 Heidi Schreck (Best Leading Actress in a Play - What the Constitution Means to Me) took the lead in Bay Street's 2011 production of Betty’s Summer Vacation, which she starred in alongside Celia Keenan-Bolger, who holds a nomination for Best Featured Actress in a Play (To Kill a Mockingbird) 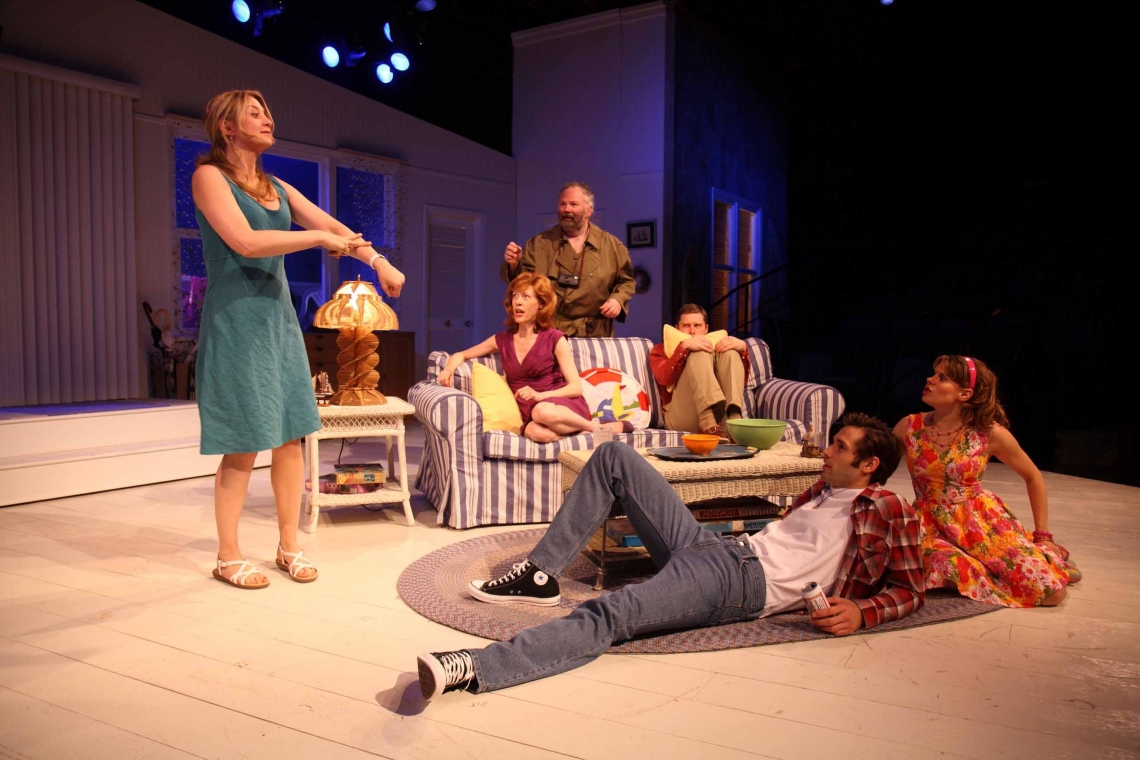 Hadestown took the lead with a whopping 14 nominations this year including Best Musical. André De Shields, holding the nomination for Best Featured Actor in a Musical, starred in Bay Street's 2017 reimagining of Shakespeare’s As You Like It, which was directed by Tony Award-winner John Doyle (Sweeney Todd; The Color Purple) and featured music written by the one and only Stephen Schwartz (Wicked; Pippin; Godspell). 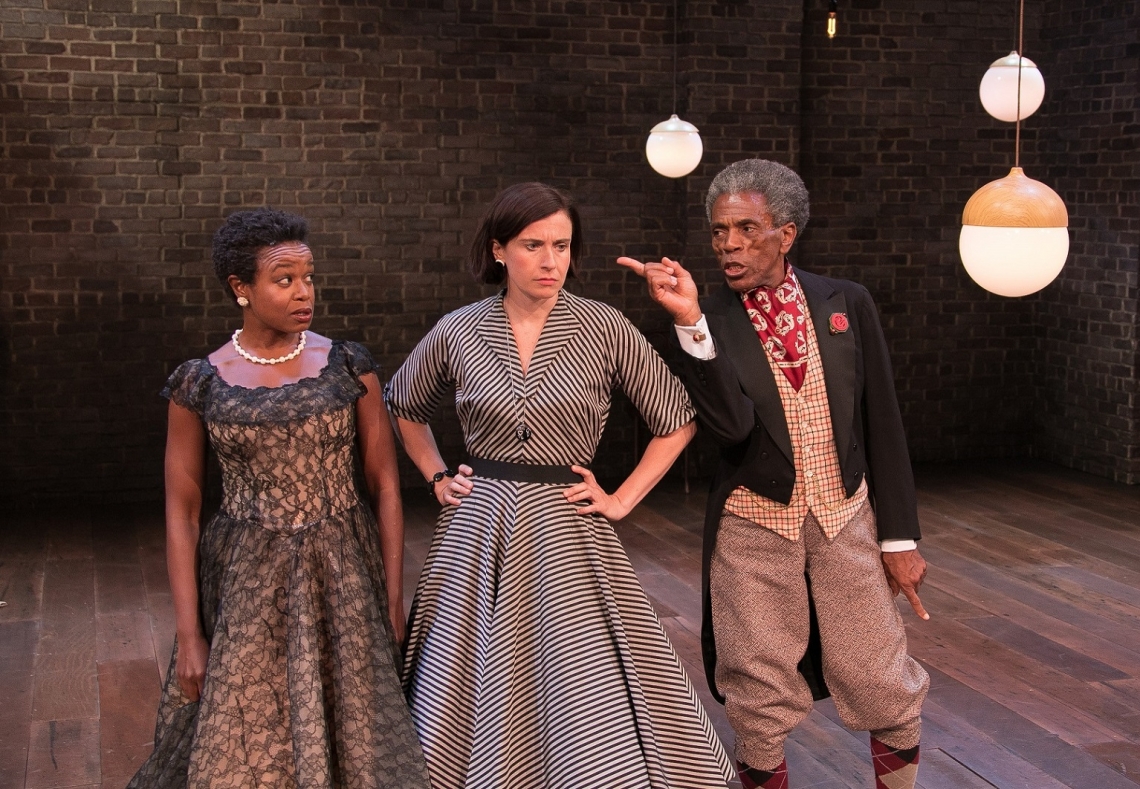 Bay Street Theater's As You Like It, 2017. Photo by Lenny Stucker

Right behind Hadestown is Tootsie with 11 nominations. Julie Halston, who plays Rita Marshall in the show, is a longtime friend of the theater and has been in Bay Street productions including The Lady In Question (2007) and Shanghai Moon (2008), both by Charles Busch (The Tale of the Allergist’s Wife; Die, Mommie, Die!). 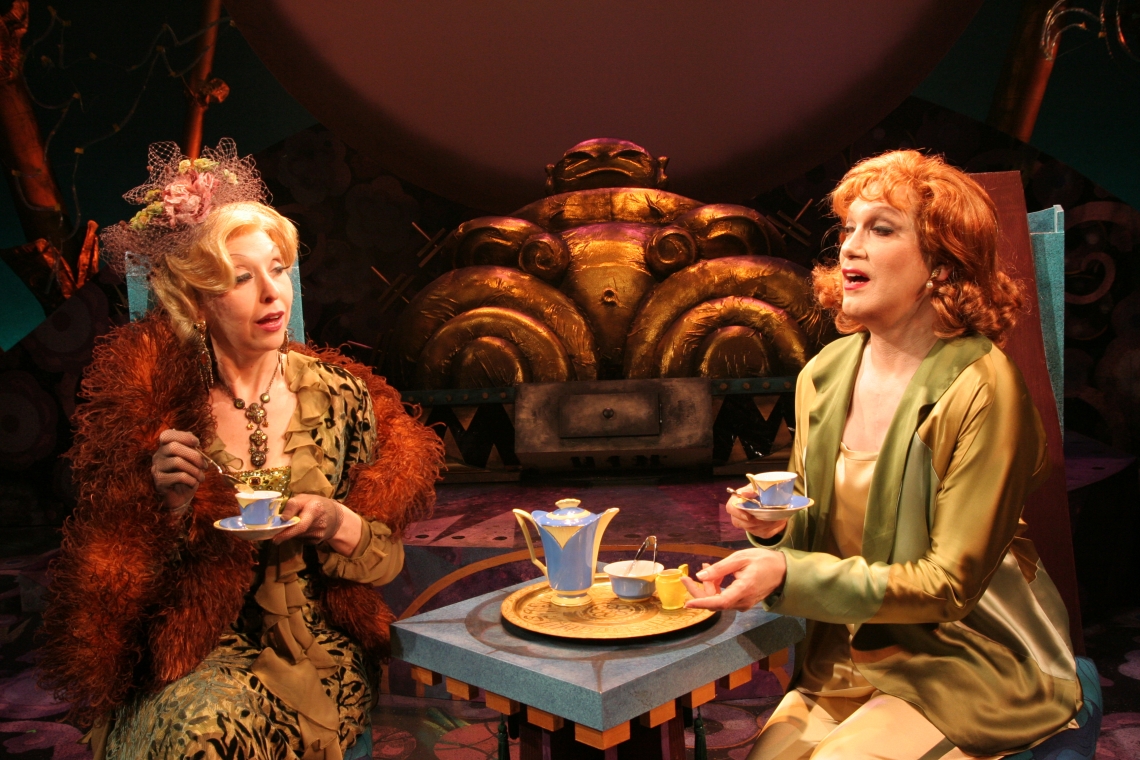 Mary Testa (Best Featured Actress in a Musical - Oklahoma!) starred in Bay Street's 2000 production of You Can’t Take it With You by George Kaufman & Moss Hart

Ain’t Too Proud: The Life & Times of Temptations boasts 12 nominations, one of which is held by Howell Binkley for Best Lighting Design in a Musical. Binkley acted as Lighting Designer for Bay Street’s productions of My Fair Lady (2016) and The Man in the Ceiling (2017). 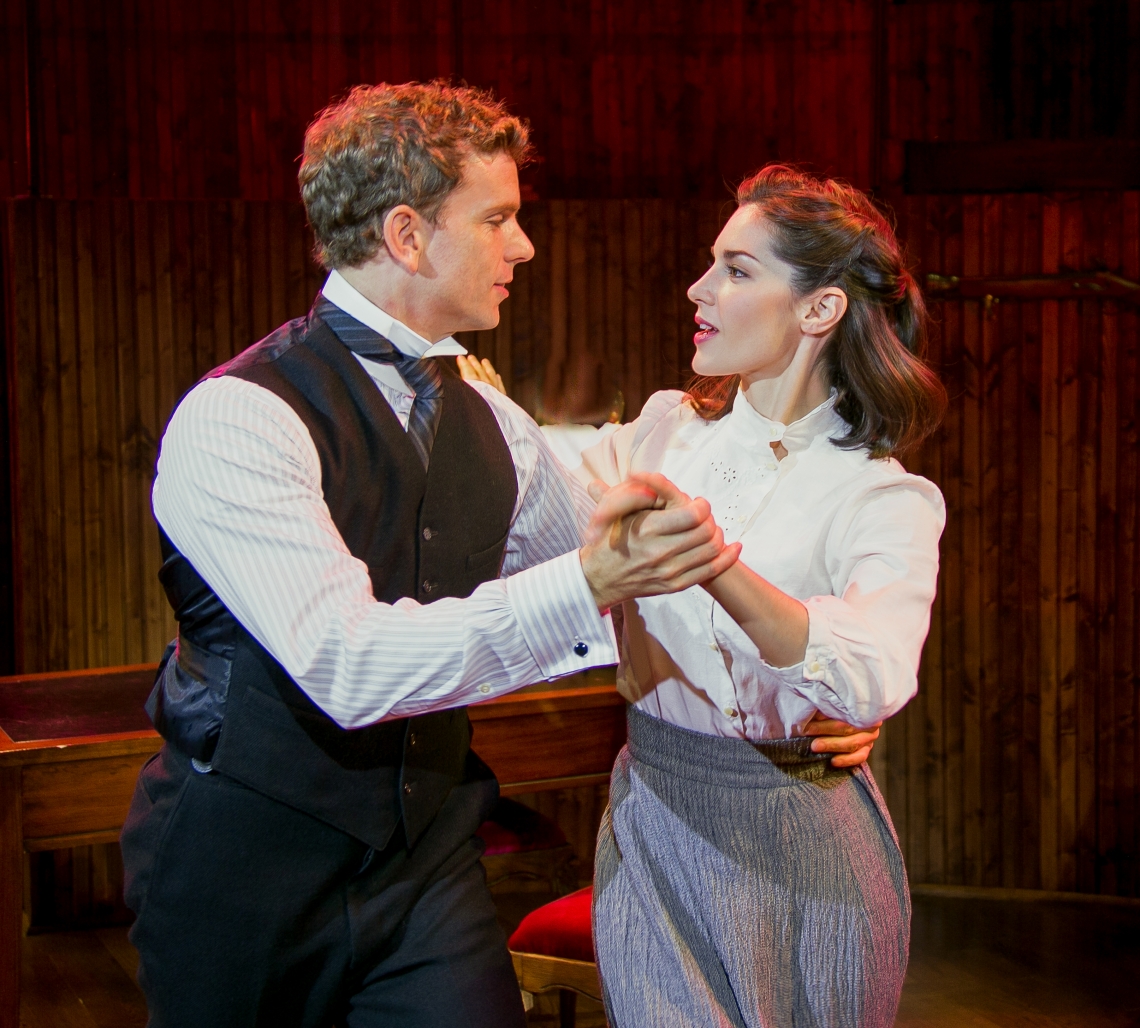 The Ferryman took home a total of 9 nominations. Fun Fact: One of the babies in that show is the son of Kat West, who has held the role of Stage Manager for several Bay Street productions such as The Last Night at Ballyhoo (2016), The Man in the Ceiling (2017), and As You Like it (2017). At just 8 months old, Rafael is one of the youngest stars of Broadway to date! Hopefully we’ll see him on the Bay Street stage one day too! 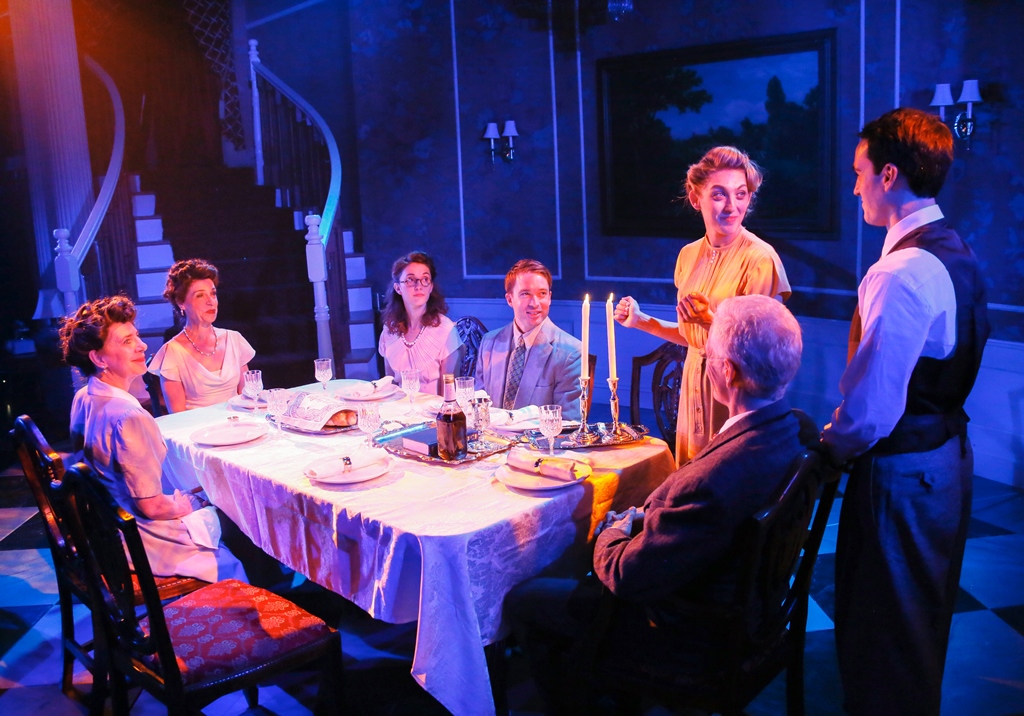 Best Sound Design in a Play features nominee Fitz Patton (Choir Boy). Patton was the Sound Designer for Bay Street’s Beyond Therapy (2008) starring Kate Burton, Darroll Hammond, and more, as well as our US Premiere of My Brilliant Divorce (2012) starring Polly Draper (Thirtysomething). 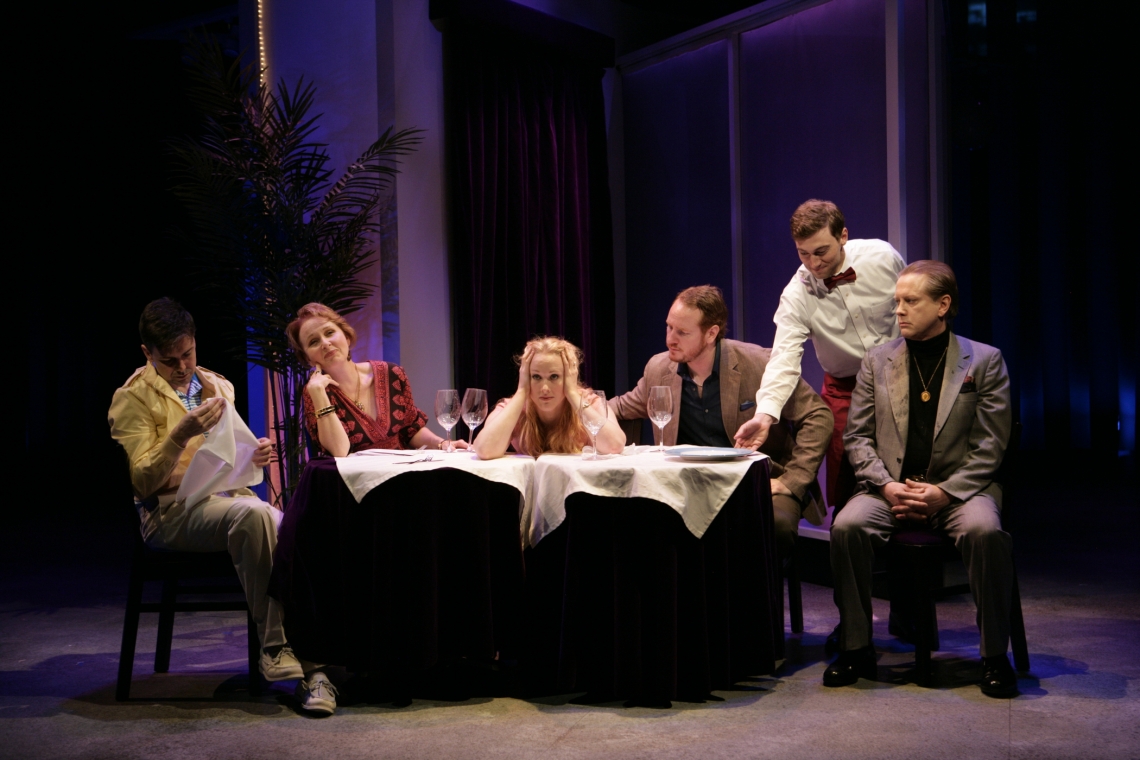 Bravo to all of the Bay Street Theater alum who have gone on to do such great things, and here’s to many more to come! We are thrilled to have the opportunity to bring such incomparable Broadway talent to the Hamptons each and every summer, and this year is no different! This year brings stars such as Tovah Feldshuh (The Walking Dead; Golda’s Balcony; Crazy Ex-Girlfriend), LaChanze (The Color Purple; Summer: The Donna Summer Musical), Pat Benatar & Neil Giraldo (Four-Time Grammy Award Winners), Linda Lavin (Alice, Madam Secretary), and so, so many more! We can’t wait to share with you all of the thrilling live entertainment and talent that we have to offer this summer, with the intimate, immersive experience you can only get at Bay Street!