THE LAST NIGHT OF BALLYHOO 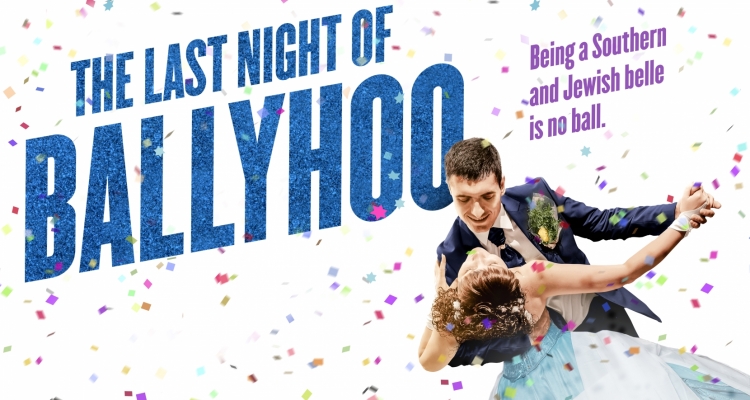 "An absorbing reflection of human frivolity, frailty and fortitude approaching Tennessee Williams territory with a relevance that feels current"
-Newsday

“The funniest and most flawlessly acted drama to hit the Hamptons this year!”
–East Hampton Star

"An entertaining evening of theater with lots of laugh out loud moments!"
-Sag Harbor Express

Atlanta, 1939. The premiere of Gone with the Wind. The party of the year. And everything is about to change. The wealthy and important Freitag family is looking forward to Ballyhoo, the lavish German Jewish country club ball, and all it will mean for daughters Lala and Sunny. But life turns upside down when their uncle brings home his new employee, a handsome Eastern European bachelor from Brooklyn. Everyone must confront their own beliefs, prejudices, and desires. The family will never be the same as they take a journey filled with comedy, romance, and surprising revelations.

Tuesday, July 19, Rabbi Sheldon Zimmerman from The Jewish Center of the Hamptons

Will Pomerantz (Director) has directed and developed new plays and musicals with such theatres as The Guthrie, American Repertory Theatre, 2nd Stage, Playwrights Horizons, The Public Theatre, Hartford Stage, New York Theater Workshop, The Signature Theatre, The Kennedy Center, Soho Rep, Culture Project, The Williamstown Theatre Festival, The Studio Theatre, Ensemble Studio Theatre and The Mark Taper Forum.  He has directed world premieres by such playwrights as John Guare, David Auburn, Neil LaBute, Craig Lucas, Kia Corthron, David Lindsay-Abaire, Stephen Belber, Noah Haidle, Linda Cho and Kira Obolensky.  In addition to his work on new plays, Will has also directed texts by Chekhov, Ibsen, Strindberg, Shakespeare, Shaw and Sophocles. His production of THE BLUE FLOWER, swept all the major awards in the Boston Area, winning both the Elliot Norton and the Independent Reviewers of New England (I.R.N.E.) Awards.  The New York production, produced by 2nd Stage, was listed as one of the 10 Best Productions of the Year by Bloomberg (“The best musical since Spring Awakening.”) and has been nominated for a Lucille Lortel Award for Best Musical. His production of The Shape of Things was voted Outstanding Production of the year in Washington, DC and received a Helen Hayes Award for Outstanding Performance, as well as being cited as among the year’s 10 best by The Washington Post and The Washington Times. His production of Dai received a Drama Desk nomination for Best Solo Performance and was won a Lucille Lortel Award for Outstanding Solo Performance.  He received an OOBR Award for Outstanding Production (for A Tale of Two Cities) and his work has been cited multiple times as Critic’s Pick (TimeOutNY) and Voice Choice (The Village Voice).

Will Pomerantz was Director-In-Residence for Culture Project for 6 seasons.  Past productions for the company include Tatjana in Color by Julia Jordan, Spring Awakening by Frank Wedekind, Prater Violet (based on the novel by Christopher Isherwood), The 5:48 (based on the short story by John Cheever), A Tale of Two Cities (based on the novel by Charles Dickens), and Social Note: An Evening with Dorothy Parker (staged in The Algonquin Hotel).  He was Associate Director for Culture Poject’s U.S. premiere production of Guantanamo: Honor Bound to Defend Freedom.

Will has been the Boris Sagal Fellow in Directing for Williamstown Theatre Festival, Staff Repertory Director for The Acting Company, and is an alumnus of the Directors Lab at Lincoln Center, a Usual Suspect at New York Theatre Workshop, and a member of Ensemble Studio Theater.

Will is the Associate Artistic Director of Bay Street Theater. 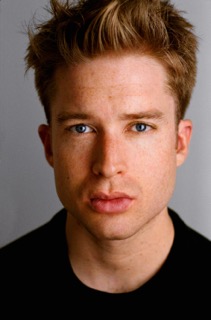 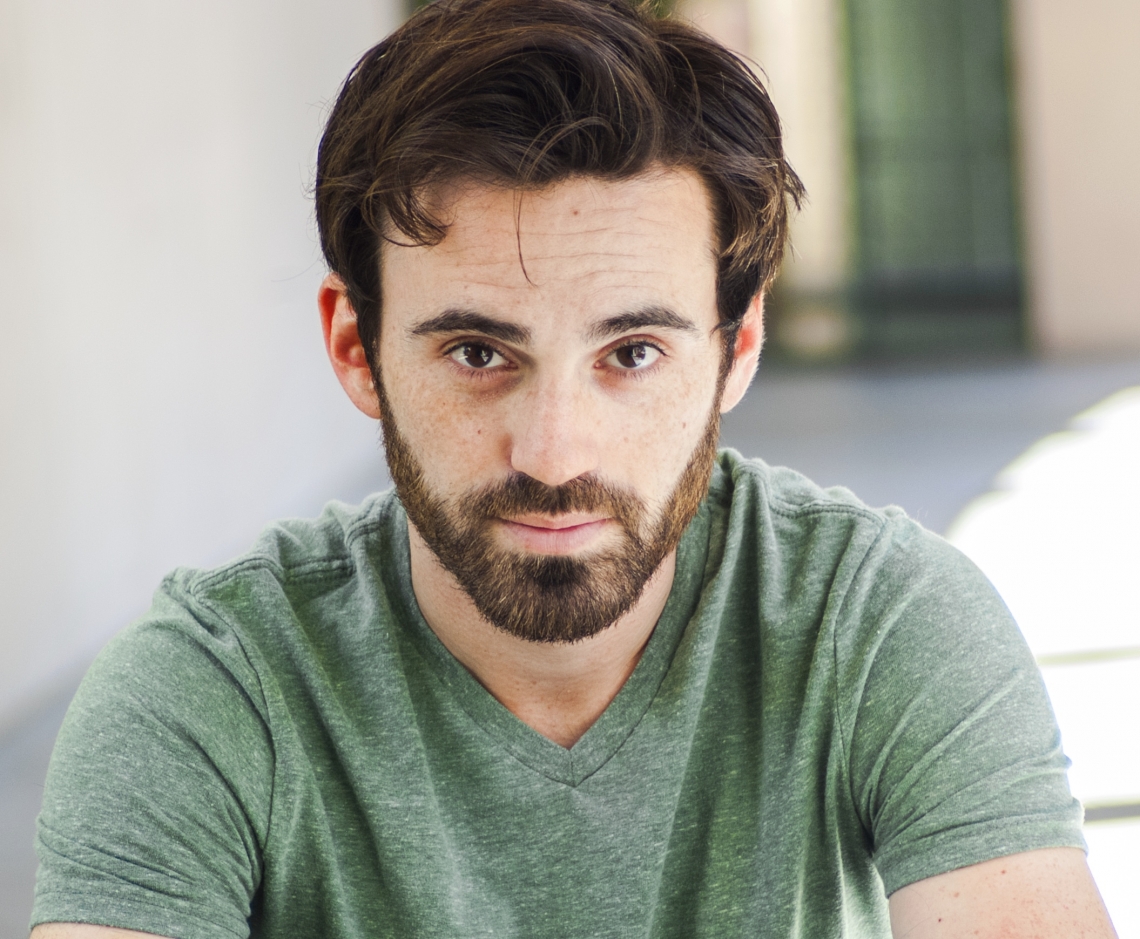 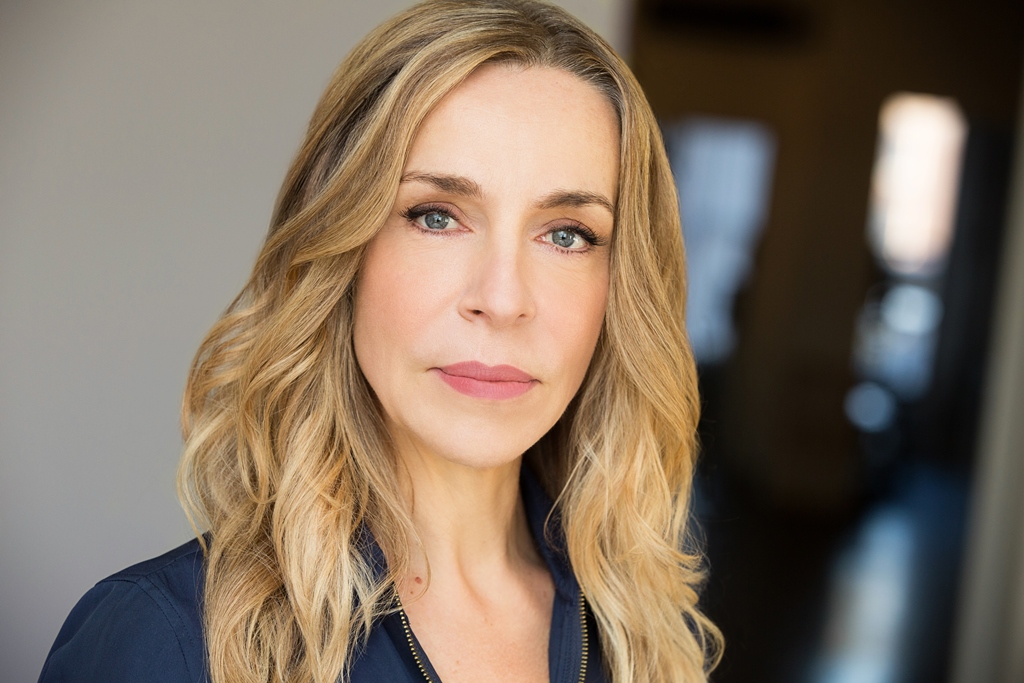 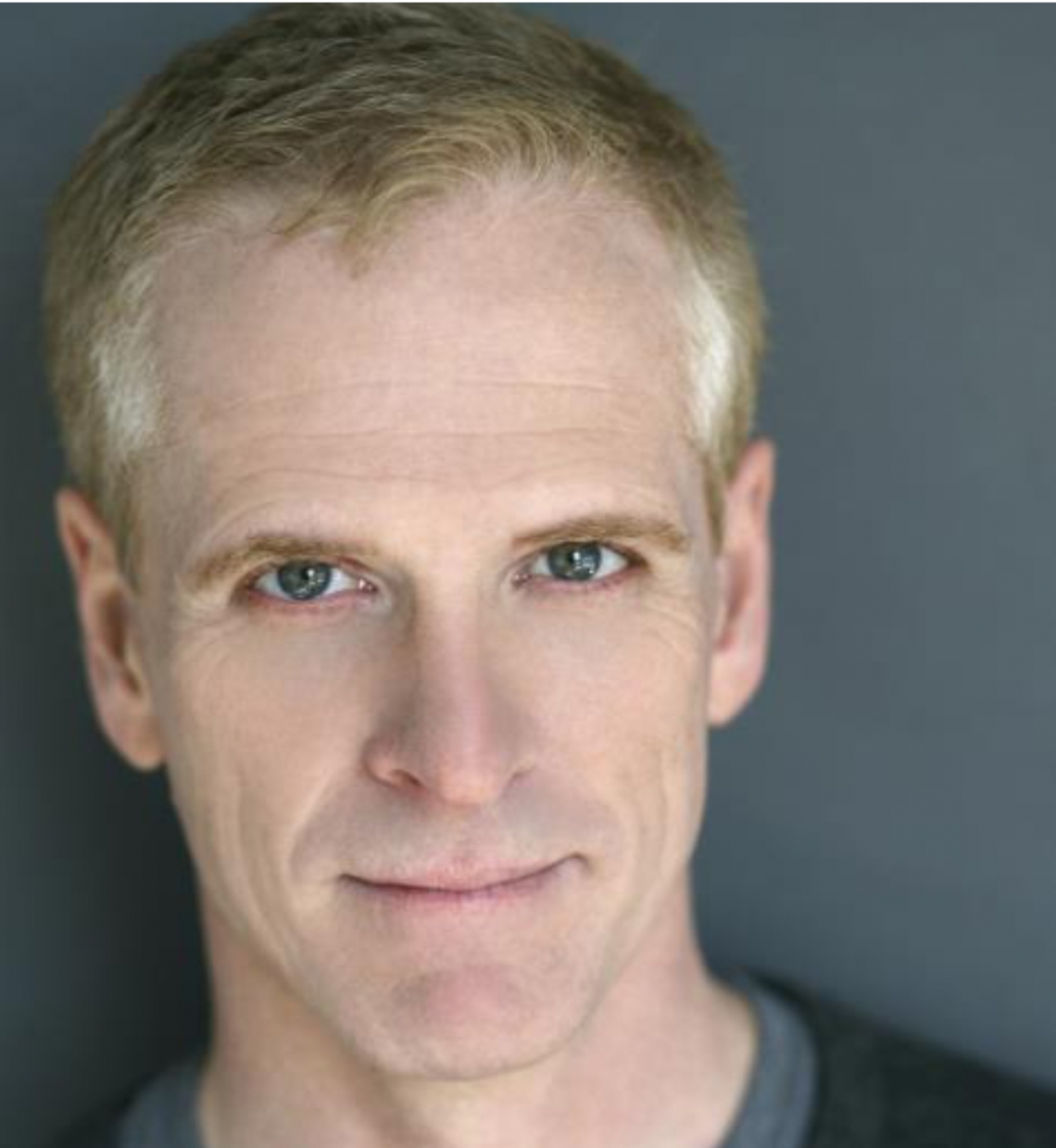 John Hickok (Adolph Freitag) On, Broadway, Hickok created the roles of Zoser in Elton John’s Aida, Governor Slaton in the Tony-winning Parade, and Professor Bhaer opposite Sutton Foster in Little Women. He can be heard on all three cast albums. Most recently on Broadway he was seen opposite Frank Langella in Man And Boy, and was also in Our Country’s Good and Rupert Holmes’ Accomplice. Favorite shows in a long career –  John Adams in 1776, directed by Frank Galati at ACT in San Francisco, Polonius in Hamlet at the New Jersey Shakespeare Festival, Beauregard opposite Michelle Lee in Mame at Pittsburgh Civic Light Opera, Dillard in Foxfire with James Whitmore at George Street Playhouse, Mercutio in Romeo & Juliet at Tennessee Repertory Theatre, Todd opposite Kim Hunter in the off-B’way premiere of Eye Of The Beholder, which he also directed. He’s played Lysander twice and Peter Quince, as well as directed A Midsummer Night’s Dream. He’s directed all over this country and, in London, directed the critically acclaimed, Olivier-Award-winning world premiere of Burning Blue at the Theatre Royal Haymarket on the West End.  He also directs college productions: Urinetown, Spring Awakening and Rent at CCSU, The Bald Soprano and Albee’s American Dream at Queens College, and Hot L Baltimore at Bard. As a teacher, he specializes in Shakespearean verse for actors, which he’s taught in NYC, and was a visiting professor in theatre at Bard College for three years. 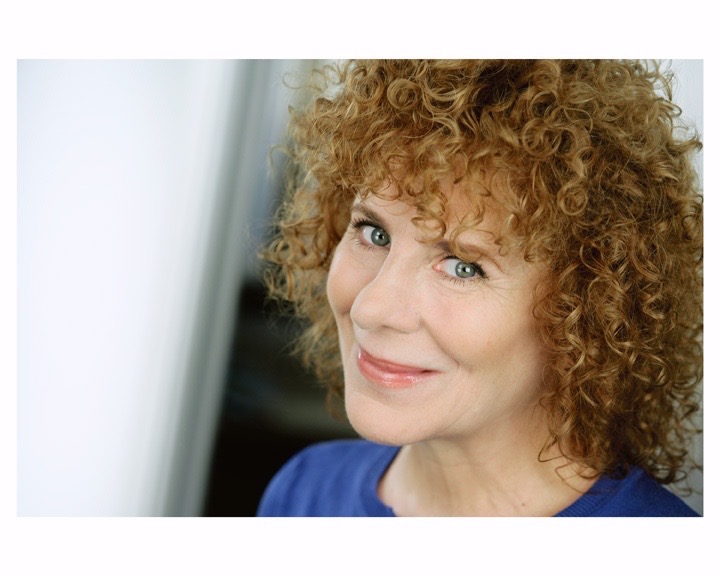 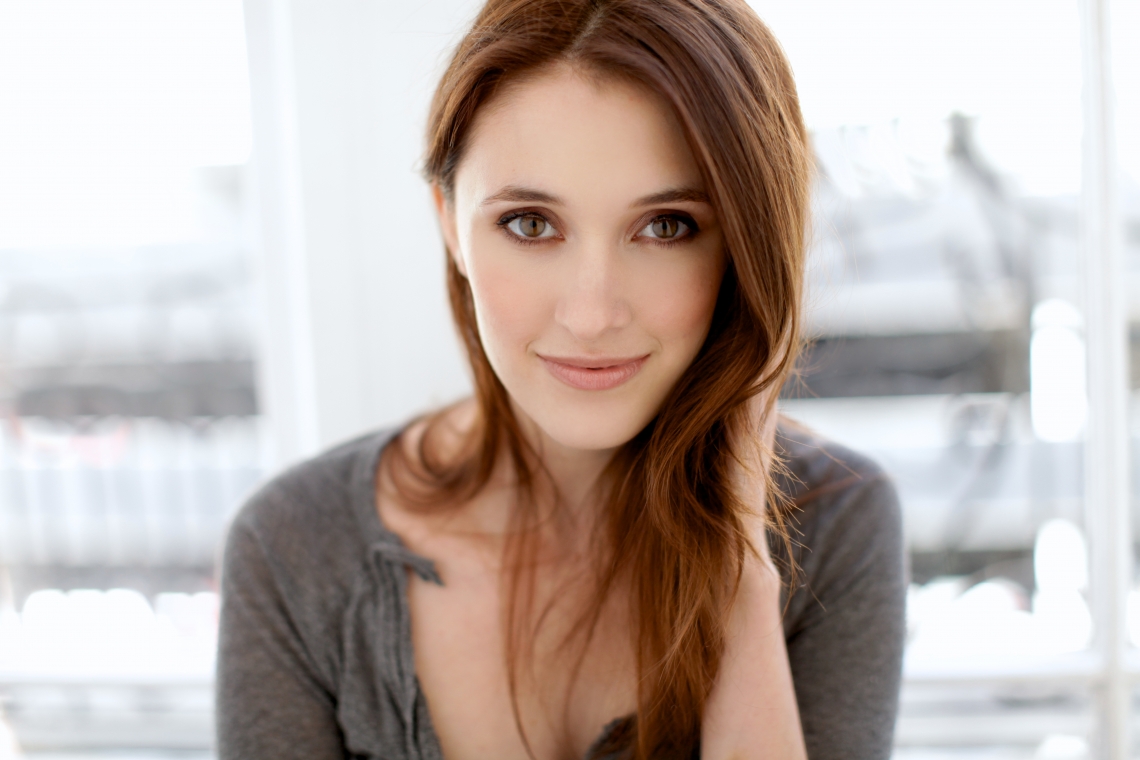 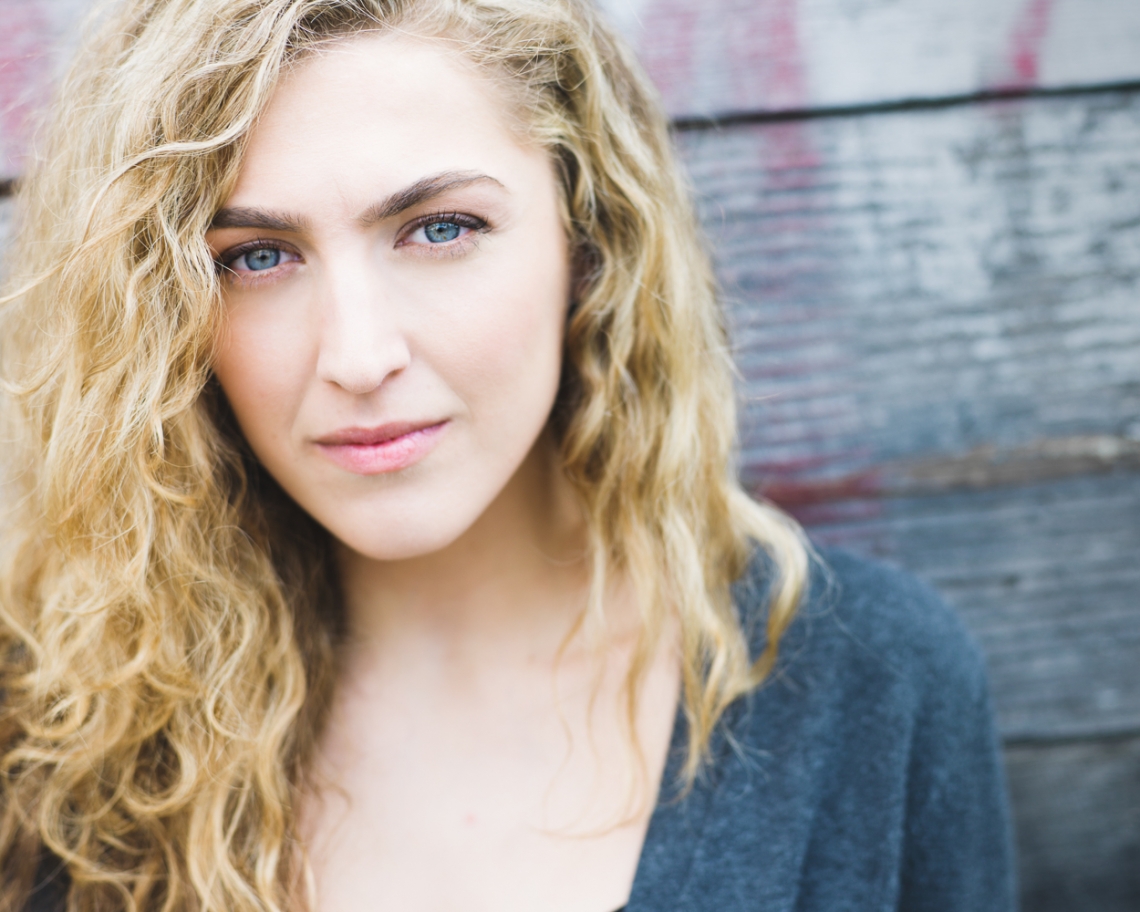 Amanda Kristin Nichols (Sunny Freitag) a graduate of The University of London - Royal Central School of Speech and Drama (BA Acting); the Neighborhood Playhouse School of the Theater, and LaGuardia High School of Music and Art & Performing Arts. She has worked in film, tv, and theater; including the New Shakespeare Initiative and New Works Festival with Bay Street Theater. Much love and gratitude to the beautiful team at Bay Street!

The 2016 Mainstage Season is sponsored in part by New York State through the generosity of Assemblyman Fred Thiele and State Senator Kenneth P. LaValle; the New York State Council on The Arts, a State Agency; Town of Southampton; The Harold and Mimi Steinberg Charitable Trust; The Shubert Foundation; and fully or partially funded by the Suffolk County Executive’s Office. Support for new work comes from The New Directions Fund and the Joseph Stein New Musical Fund.

STUDENT SUNDAY MATINEES returns this summer for the Mainstage Season, High School and College students can receive (1) FREE admission for the 2pm Sunday performances of THE LAST NIGHT OF BALLYHOO. Student ID must be shown.

Returning this year are TALKBACK TUESDAYS with members of THE LAST NIGHT OF BALLYHOO cast following each Tuesday performance except for preview week. The talkbacks will also feature special guests, including Rabbi Daniel N. Geffen from Temple Adas Israel in Sag Harbor on Tuesday, July 5.  The Rabbi will discuss his reactions to the play with the cast, and will also talk about his childhood in the South during the time when the play is set.