Judy Carmichael: THIS IS MY LUCKY DAY! 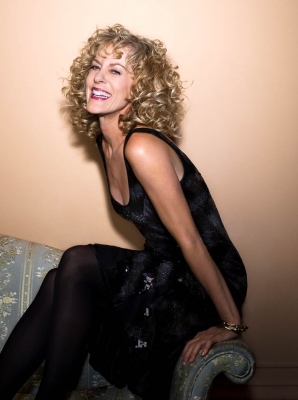 Judy Carmichael is a great entertainer. Her playing is masterly and her linking material show her to be a raconteur in the Ustinov mold.

Grammy nominated pianist Judy Carmichael is one of the world’s leading interpreters of stride piano and swing. Count Basie nicknamed her “Stride," acknowledging the command with which she plays this technically and physically demanding jazz piano style. Judy’s vocal debut on her CD “Come and Get It” features her singing debut on everything from Peggy Lee inspired standards, to humorous takes on Fats Waller tunes. Her first all-vocal CD “I Love Being Here With You” followed, which is also her first with someone else playing piano, in this case the great Mike Renzi (presently music director for Tony Bennett) with Harry Allen on sax and Jay Leonhart on bass.

A native of California, Judy Carmichael moved to New York in the early 80’s and has maintained a busy concert schedule throughout the world ever since.  She has toured for the United States Information Agency throughout India, Portugal, Brazil and Singapore.  In 1992 Ms. Carmichael was the first jazz musician sponsored by the United States Government to tour China. The musician that critics have referred to as “astounding, flawless and captivating” (The New York Times)  has played in a variety of venues from Carnegie Hall, to the Peggy Guggenheim Museum in Venice (the first concert ever presented by the museum) to programs with Joel Grey, Michael Feinstein, Steve Ross and the Smothers Brothers.  In addition, Ms. Carmichael has done comic skits and performed her music on radio and TV and performed private recitals for everyone from Rod Stewart and Robert Redford to President Clinton and Gianni Agnelli.

Judy Carmichael is one of a handful of musicians who approach jazz from a perspective of its entire history. Choosing to study jazz piano from its early roots on, she explores the music deeply, infusing it with a “fresh, dynamic interpretation of her own” (Washington Post ).  The National Endowment for the Arts rewarded Carmichael’s knowledge of jazz piano with a major grant to present early jazz greats on film and to discuss the history and development of jazz piano with college students across the country. Judy Carmichael’s Grammy-nominated recording “Two Handed Stride” teamed her with four giants of jazz from the Count Basie Orchestra, Red Callendar, Harold Jones, Freddie Green and Marshall Royal.

She has written two books on stride piano and numerous articles on the subject of jazz.  She has served on a variety of music panels at the National Endowment for the Arts and is one of the few jazz pianists honored as a Steinway Artist.  She has been included in a number of jazz anthologies and at one point, to her utter surprise, turned up in the Simon and Schuster murder mystery Murder Times Two as “the stride pianist Judy Carmichael,”  the main suspect’s favorite piano player. Ms. Carmichael is included in “Who’s Who in the East”, “Who’s Who in Finance and Industry in America”, “Who’s Who in American Woman”, “American Women in Jazz”, “Who’s Who in the World” as well as the “Encyclopedia of Jazz”. Ms. Carmichael has appeared frequently on Garrison Keillor’s A Prairie Home Companion, and has been featured on National Public Radio’s Morning Edition, Entertainment Tonightand  CBS’ Sunday Morning with Charles Kuralt and now with Charles Osgood.

She is celebrating her 15th year producing and hosting her Public Radio Show Judy Carmichael’s Jazz Inspired, broadcast on over 170 stations throughout North America and abroad and on SiriusXM NPR NOW Channel 122. Listen to the Jazz Inspired podcast on iTunes. Her recordings and music books are available at www.judycarmichael.com, on iTunes or by mail order through C&D Productions, P.O. Box 360 Sag Harbor, New York, 11963.