A Message About Mainstage Season 2020 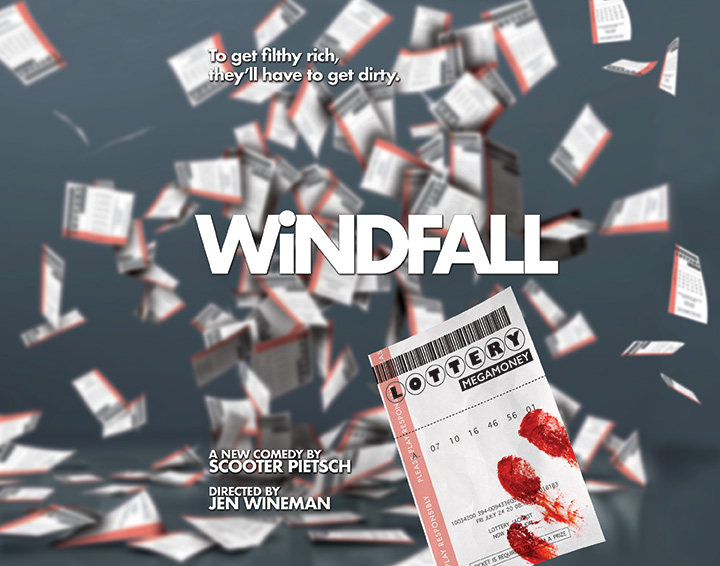 a new comedy by Scooter Pietsch

In the comedy WINDFALL, five office workers in Columbus, Ohio toil under the heavy hand of a maniacal boss and dream of a better life. When the boss’s antics become too much to bear, they bet their every last cent on a one billion dollar lottery jackpot. But the prospect of winning brings out the worst in these best friends. A dark, hilarious comedy that delves into how far any of us would go in our desire to have it all and live the American Dream. WINDFALL is produced by special arrangement with John Yonover and Ken Davenport.

Subscribe now for 2020 and get the entire Mainstage Season at one low price. Prices go up when we announce the shows!