Meghan Rafferty, New York casting director (Leftovers, Paterson) and casting associate (The Wolf of Wall Street, Boardwalk Empire, Hugo), will lead kids ages 13 and up and adults through an engaging and insightful look at the on-camera audition process for film and television. This pandemic will for sure change the audition process. Gone are the days of crowded audition rooms. Going further, there will be more opportunities for those actors who do not live in New York City or Los Angeles. But first you must learn how to make a great self-tape.

Not only will Meghan give you invaluable feedback on your scene, but she will also give advice as far as sending an audition tape to casting directors that will bring you to the next level. Participants will be given their audition sides in advance of the workshop and will be put on tape during class. on the day of the workshop where Meghan will provide her invaluable feedback. The best “take” will be sent to the participants following the workshop via email. Open to beginners as well as seasoned professionals, Meghan a working actor herself, loves actors and truly appreciates the audition process from both sides of the table. Don’t miss this truly unique opportunity to work with an industry professional at the comfortable confines of LTV Studios! 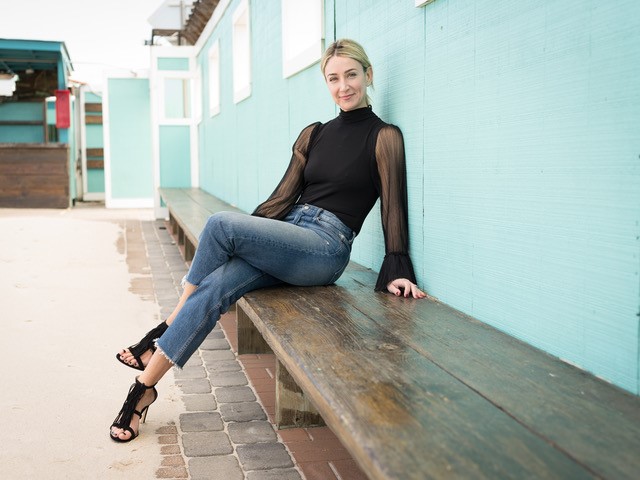 Meghan Rafferty is a casting director and actor who, over the past 17 years, has worked with some of the most respected directors, writers, and producers in the television and film industry. She is currently producing and casting with her business partner Mia Cusumano. Together they formed M&M Casting. Current film projects in the works include I Don’t Live Today, Grad Night, and Make A Marriage Great Again.

Past casting director projects include, Paterson directed by Jim Jarmusch, and the pilot and Season 1 of the HBO series The Leftovers. Some associate casting director credits include: Woody Allen’s Café Society, The Wolf of Wall Street, Hugo, Shutter Island, Boardwalk Empire, and Extremely Loud & Incredibly Close.

Meghan also has a passion for teaching, and has taught hundreds of on-camera classes in and around New York and at numerous universities and colleges across the county. She received her BFA in acting from Adelphi University and an MFA degree from the FSU/Asolo Theatre Conservatory. When she is not casting or teaching, Meghan continues to pursue her first love, acting. Being an actor has enriched her career as a casting director and visa versa. She knows first hand the challenges and frustrations that come with pursuing a career in this very competitive business. This career combination allows her to share personal experiences with her students from both perspectives. Meghan’s combination of assertiveness, warmth and humor enables her to get the best out of actors. When an actor is relaxed, comfortable and having fun, the audition results are inevitably more positive. Students ages 7 to 13 will work with teaching artist Bethany Dellapolla to learn a selection of scenes and musical numbers from the hit Broadway musical "Willy Wonka!" Over the course of five sessions, participants will join Broadway director Marcia Milgrom Dodge to read through and dissect the script of the Broadway musical "Ragtime." This 12-part course, held on Tuesdays and Thursdays from 6 to 7:30 p.m., is designed to provide an introduction to acting for the camera.