You don’t need to be funny to take this class. Just be open to fun and let us teach you the rest!

Students will have the opportunity to impress their friends and family with how much they have learned by inviting them to watch on the last day of class!

Scott's motto is “A day without laughter is a wasted day.” So lets not waste another day! 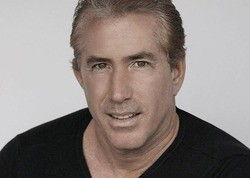 Scott Baker has been a constant on the comedy scene for the better part of 20 years. As part of the award-winning team of Isaacs and Baker, Scott has been fortunate enough to grace the stages of some of the best theaters, resorts, and comedy clubs in the country. Places such as Tropicana Atlantic City, The Borgata, Mohegan Sun, Foxwoods and Caesars resorts (among others) have welcomed him back time and again. Along with his partner Al Isaacs, Scott and Al have set the record for the most appearances by comedians at Woodloch Pines Resort, which has been voted one of the top three family resorts in the country by Trip Advisor.

As a former police officer and boxer, Scott takes great pride in giving back to charities, especially first responders and veterans. Scott has paid out of his own pocket to rent a theater putting on a show with all the proceeds going to the Feelgood Foundation that helps sick first responders. Scott has helped raise over one million dollars for various charities with his performances.

After many years of success with comedy team of Isaacs & Baker, Scott convinced Long Island comedy legend Vinnie Mark to join the show. Along with writing several books, teaching improv to schools, camps, and corporations for better communication, Scott also has a hit TV sitcom Midtown on Amazon.