GE Smith is a master guitarist who has played lead guitar for Hall & Oates and Bob Dylan as well as many others.  He served ten years as the musical director of Saturday Night Live. He's the ultimate sideman and session player.

BAY STREET THEATER is honored to launch “Portraits”, Produced and Curated by Taylor Barton. "Portraits” will pair GE and his crack band with legendary painters, actors and writers to showcase rare musical talents.

“Portraits” has recruited the band members of SNL, and others such as Ethan Hawke, Carter Burwell, Dan Rizzie, and Ralph Gibson, to join him for an intimate evening to play their favorite tunes on various nights this fall. GE, a supreme musicologist, and sideman to all, will explore his passion for R & B while highlighting his guests’ musical ideology.

October 17 was Sponsored by Saunders & Associates.

Curated and produced by Taylor Barton.

Ethan Hawke actor, writer and director. He starred in the critically acclaimed film Training Day (2001) with Denzel Washington, earning his first Oscar nomination. He later recieved Academy Award nominations for adapted screenplay for the films Before Sunset (2004) and Before Midnight (2013). He is also well known for his role in the film Boyhood (2014). Broadway credits include MacBeth, The Coast of Utopia, and Henry IV. Join Ethan Hawke, GE Smith, and his band for a great evening of music. 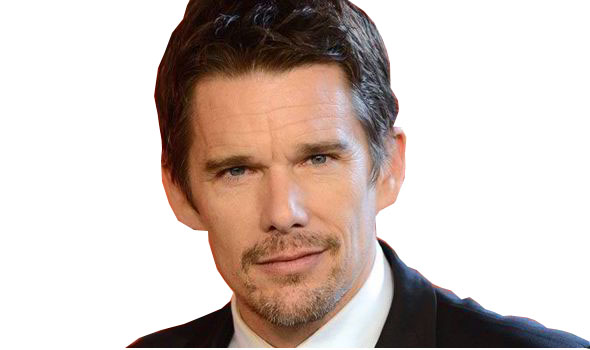